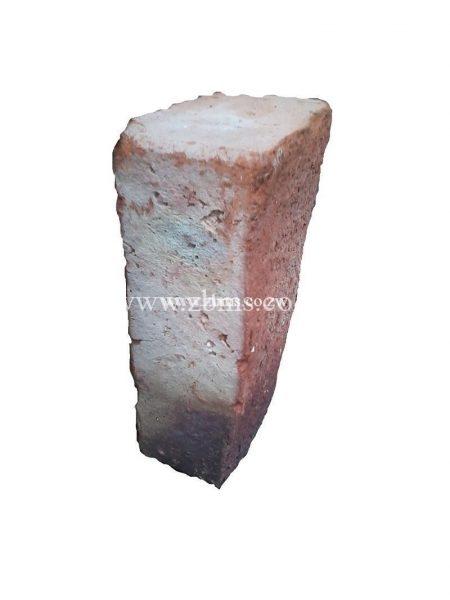 Semi common bricks and semi common hard burn bricks are made exactly the same way. The major aspect that differentiates them is color due to heat exposure. Hard burns are usually darker because of being exposed to more heat at the heart of the pyramid oven.

In the course of stacking on the to the pyramid oven, they are all equally the same, but those at the center and those surrounding the center get more heat than the rest. Heat exposure reduces with distance from the central point hence causing differences in color.

While semi common bricks are recognized as one of the most used type of bricks in new residential areas, there are some areas it can not work at optimal. Semi hard burns are suitable for use in semi wet areas as they are strong and do not break easily. However though in wet areas favor goes to cement commons and solid commons, nevertheless semi hard burns are a great alternative and cheap.

Not approved by any standards authority board.

Only available from one point of production.

Orders are processed on same day services and it takes only 2 hours for us deliver. We accept either cash or bank transfers.

Do not hesitate to contact us with any inquiry. We are always ready to answer your questions, one after another.

Get in touch and place your bricks order today, Zimbabwe Building Materials Suppliers is here to deliver.