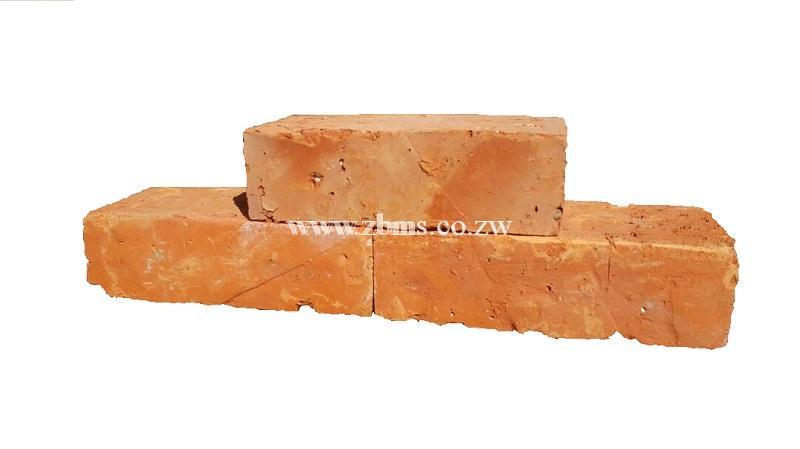 As the name suggests, standard solid common bricks are the most popular bricks worldwide. There are various materials that manufacturers use to produce them. Some use clay and some use sand with additions of other sundries and cements. Here in Zimbabwe focusing on Harare, red solid common  bricks are dominantly the most used type of brick. We as Zim Building Materials Suppliers, according to our sales flow, we noted that commons are the most bought brick as compared to other types of bricks out there like semi commons, load bearing and face bricks.

The manufacturing processes of these products really vary with companies but however speaking of the procedures, they are more or less the same. Firstly we extract clay from the ground using excavators then shift it the crushing points using tippers trucks. The tippers offload onto the crushing points where the clay is crushed to a bit more fine clay. All the small and large stones contained therein the clay are also reduced to the same like clay. From crushing the clay is then put on conveyor belts which feed it into mixing dishes where its mixed with water to become more like mortar. As standards are improving day by day on this stage this is where differences from manufacturing processes begin to evolve. Some use chemicals which then strengthen the mixture to produce a better brick.

After mixing, the mixture of clay and water is now cast into brick forms which then shape how the product will look like. The forms are designed in a way that when mortar is poured in, it shapes according to its design. When the mortar is now in brick shape, its pressed by machines in order to compact it. Quickly after pressing, its laid off the form on to clean and open space for sun drying.

Now when dry they are taken to kilns or ovens for burning process. Burning is done for the purpose of further drying and hardening of the brick. At the same time after this stage, thats when you also find load bearing bricks upon grading. After burning they are then packed or stacked ready for sale.

Standard solid commons are among the most durable building materials in Zimbabwe. Besides being strong from the look, they are regularized by S.A.Z and regarded as suitable for use anywhere in Zimbabwe. Its very rare where you would find any company distributing these products selling them without a certification from Standards Association of Zimbabwe. The bricks are for use on any structure you may want to apply them on except for load bearing structures like double or multi storey houses, for such structures you need load bearings

Pitsand, water and cement mortar mixtures for brickwork and plastering.